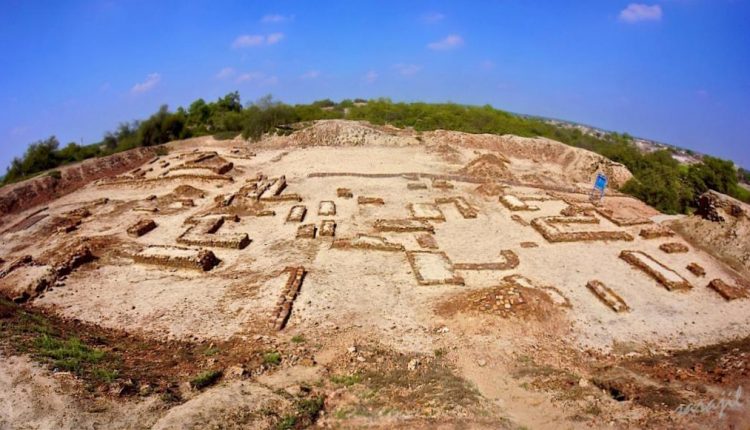 There are two theories about the climate of Indus Civilization. According to the first theory the climate has been changed. It used to be wet, rainy and severe. There were a lot of floods as well especially during snowmelt in March. These floods resulted in

the change of the river course. The agricultural growth mainly depended on the rains. Moenjodaro was destroyed nine times by the heavy floods.

In support of this theory it is said that baked bricks were used for making their houses to save them from heavy rains. For construction purposes baked bricks were used mostly on the riverbanks. Extensive fuel wood was available from the forests and, as we know, abundance of rain is a must for forests. To channelize the rainwater there were drains. Lastly the pictures of wild animals like elephants, zebus on the seals evince that there were forests. There was no picture of camel, which means that weather was not hot and dry.

On the other hand, the second theory says that no change has occurred in the climate for the last 9000 years. They believe that the weather was hot and dry and in support of this argument they say that the baked bricks were only used for construction purposes on the riverbanks and not used in Baluch areas away from the river. The usage of baked bricks simply symbolized advancement and modernity of the cities of Moenjodaro and Harappa. Wood that was brought from the hilly areas was used only as a fuel in the cities. Drains were too small to support rainwater and were meant only for sanitary purpose. Animals like elephants and zebus could survive without forests in the marshy areas with tall grass on the banks of the river. 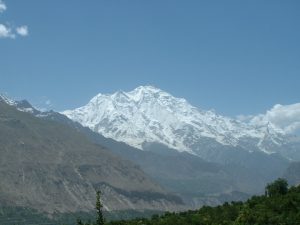 Hunza and Nagar Valleys
The legendary mountain kingdom of Hunza lies on the ancient…
You cannot print contents of this website.
Sign in / Join
Sign in