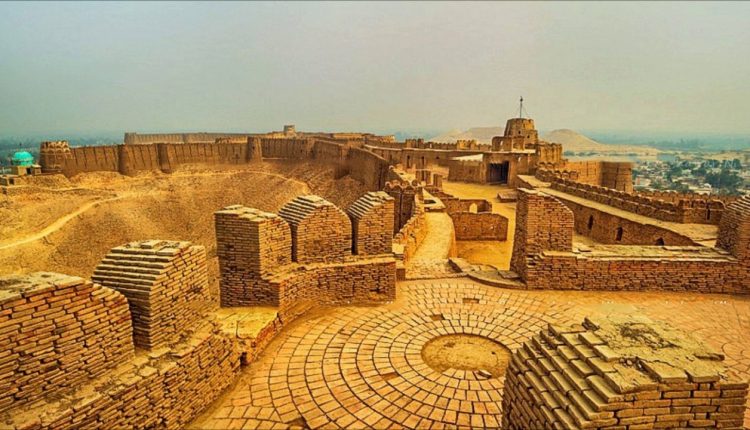 south of Khairpur in the Sindh of province, Pakistan, the site is situated at the foot of the limestone hills on the eastern bank of the Indus River, some 60 kilometres northeast of Mohenjo-daro. Excavated in 1955, the remains of Kot Diji represent the first evidence of habitation. The Kot Diji culture is characterized by the use of the red-slipped globular jar with a short neck painted with a black band. Briefly coexisting with the Indus Civilization (the Harappan Culture), the Kot Diji Culture eventually gave way to the blossoming Indus Civilization. During the peak of the Kot Diji Culture, the site was divided into a “Citadel” and a “Lower Town”. Standardized bricks, terracotta cakes, fish-scale and intersecting-circle designs on pottery and other traits found in the Indus Civilization were already in use at the site. On the basis of this evidence and the fact that similar artefacts were found over much of the vast area of the later Indus (or Harappan) Civilization, Dr. M. R. Mughal suggested calling this early stage at Kot Diji and at other sites the “Early Harappan Culture”. Excavations at Harappa show strong affinity, with some Kot Diji finds.

The pre Harappa site at Kot Diji consists of two clearly defined areas. Citadel on high ground for the elites separated by a defensive wall with bastions at regular intervals. This area measures about 500 ft x 350 ft. Outer area, or the city proper consisted of houses of mud bricks on stone foundations. Pottery found from this site have design with

There are evidence of burning of this fortified town, which were also observed at Amri and Kalibangan. Burning of these cities is still unexplained.

Subscribe To SalamPak Newsletter
Sign up here to get the latest news delivered directly to your inbox.
You can unsubscribe at any time 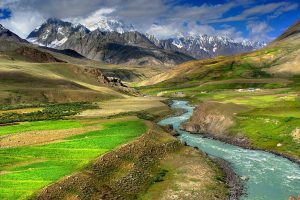