Nazir Sabir – the only Pakistani who has the distinction of climbing atop the highest pinnacle of the world, Mt Everest. He was born in Raminji, a village in Northern Hunza. Born amidst the highest mountains of the world, he always had a passion to reach at the top and since his childhood had been taking small adventures. However, his climbing career began is 1974 when he scaled 7,284 Metres Passu Cones with a Japanese expedition. In 1975 he

attempted Nanga Parbat (8,125 Metres) – this time with a German Expedition. In 1977 Nazir with Ashraf, also from Hunza, teamed up for the first Pakistan – Japanese expedition to K-2. Due to bad weather, Nazir ‘s team had to abandon the climb. However, Ashraf attempted again and became the first Pakistani to summit K-2 and along with Ichiro Yoshizawa became the 9th K2- climbers. Till then only two mountaineers of the 1954 successful Italian expedition had stepped on the K-2 Summit.

In 1981, Nazir accompanied a Japanese Waseda University Expedition to K-2 attempting the West and South West ridge rather than the usual Abruzzi ridge – named after the Duke of Abruzzi, who in 1909 surveyed K-2 from all its sides and was of the opinion that K-2 could only be climbed from the South West ridge. The route to the West and North West ridges of K-2 is via Savoia Glacier, which is to the north of K-2 and the traditional K-2 Base Camp. The climb from this end is rough, icy and rocky with winds gushing at speeds over 100 kilometers an hour. Nazir followed by Eiho Otani reached the K-2 summit on 7 August 1981 and created history by successfully climbing K-2’s South West ridge for the first time. He was the second Pakistani to stand on K-2 summit and the fourth in the world.

Gasherbrum II (8035 m) in 1982 in one attempt. Nazir was accompanied by another avid mountaineer Sher Khan – and teamed up with the famous Italian mountaineer Reinhold Messner. For his outstanding achievements, he was awarded with the President’s Pride of Performance award in 1982 and Sitara-e-Imtiaz in 2001. Having scaled K-2, Nazir now wanted a few metres more and attempted the Everest in 1997, but wasn’t successful. But on 17 May 2000, he attempted again and by 0730 hours, the mighty Everest was under his feet. Thus he became the first Pakistani to achieve this singular honour. Nazir presently is the president of Pakistan Alpine Club. Read More of Nazir’s experiences and expeditions.

CSS, For All The Wrong Reasons 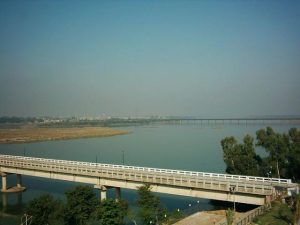