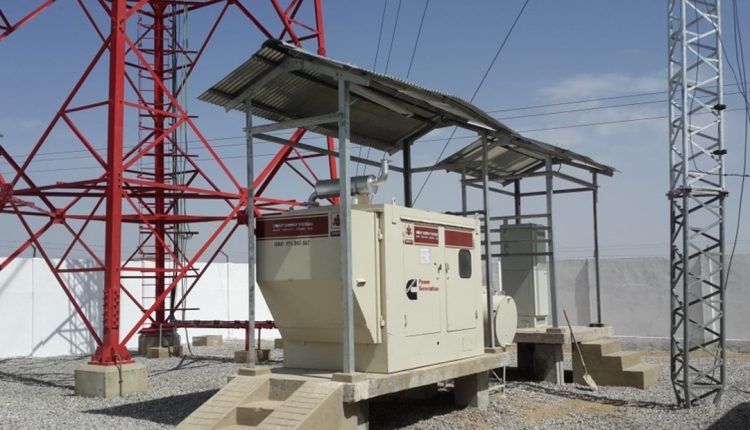 For years, the land lined telephones of Pakistan Tele Communication was the mainstay of keeping in touch with each other. The seeking of a new connection was a nightmare and there was a time that people joked that if a father applied for a telephone, his son may get it when he grew up. We lived that way for long till the mobile telephone was introduced and Paktel became the first company to introduce this modern technology at an exorbitant price. But soon others came in and today the mobile phones are used by people on cycles, at a butcher’s shop or even the plumber has it. The land lines – no one really cares anymore. And the fast growing mobile phone network had its effects on the age old monopoly of the PTCL, and finally the PTCL has been part privatized. The new management is already gearing up to take on the new rivals. The company plans to add 2.4 million lines by June, increasing its capacity by 50%. And over the past year, PTCL has cut rates twice, though new entrants have proposed prices that are even lower.

Today a dozens of companies offer competitive packages to choose from and the market is flooded with foreign mobile phones. One can buy a second set for as low as Rs. 1000 or as high as ….. and today Pakistan is one of the fastest-growing cellular markets

in South East Asia. Companies from as far away as Norway have been tempted by Pakistan and its population of 140 million. Since July, 2003, regulators have handed out more than 200 fixed, mobile, and long-distance licenses to some 50 companies. Although there will surely be a shakeout with so many new entrants, officials believe operators will pour as much as $8 billion into networks and equipment over the next five years, compared with just $1.5 billion since 1999. Karachi-based TeleCard Ltd., for instance, in January launched a $200 million fixed-wireless network, and expects to have 2 million subscribers within three years. Plans are also afoot for grant of licenses for 3G.

The internet usage has also multiplied with the introduction of DSL and WiMax services. The wireless telephones have enabled subscribers in remote areas to contact the mainstream usage as well (the PTCL V-Phone and Wateen). WiMAX in Pakistan emerged commercially with the launch of Wateen in August 2007. And now another strong competitor Mobilink has come up with its WiMAX brand ‘Infinity” and now it looks like the competition will soon elevate with Wi-tribe and TeleCard entering the WiMAX service race in Pakistan. Wi-tribe is a joint venture of Qatar Telecom (Qtel) and A A Turki Corporation for Trading and Contracting (ATCO) in partnership with Clearwire. Wi-tribe is already offering services in Jordan and in Pakistan it has emerged out of the acquisition of majority stake in Burraq Telecom that occurred more than a year ago. They plan to showcase the real world benefits of Wireless Broadband to Internet community in Pakistan. Motorola has signed a multi-year WiMAX contract with wi-tribe Pakistan limited. Motorola has commenced deploying wi-tribe’s WiMAX network in the 3.5GHz spectrum. Commercial launch is expected during 2009. The banking sector has also been benefitted from the advancement in telcom sector and many banks are providing e-banking facilities to their customers.

There were also plans to launch a Pakistani satellite based on very small aperture earth stations, which would provide nationwide coverage for domestic telecommunications. The number of telephone connections increased from 461,000 in June 1984 to 1.6 million in March 1993, when the government announced that the Pakistan Telecommunications Corporation would be privatized. A new entity, the National Telecommunications Network, was planned to assume responsibility for the government’s own network. Radio and television are dominated by government corporations. The Pakistan Broadcasting Corporation (PBC) has a monopoly on radio broadcasting. In March 1992, there were 705,000 licensed radios, but the actual number of radios in use was estimated at 10 million. The PBC operates twenty-four medium-wave and three short-wave transmitters for its domestic programs and two medium-wave and eight short-wave transmitters for its external service. There are six networks for domestic service–one national network and the five regional networks for Balochistan, the Islamabad Capital Territory, the North-West Frontier Province, the Northern Areas, Punjab, and Sindh. The external service broadcasts in fifteen languages–Arabic, Burmese, Bengali, Dari, English, Farsi, French, Gujarati, Hindi, Indonesian, Swahili, Tamil, Turkmen, Turkish, and Urdu. An important target audience is Pakistanis working in the Middle East. Azad Kashmir Radio, a separate government-run organization, broadcasts in Azad Kashmir.

In early 1994, the government-controlled Pakistan Television Corporation (PTV) carried programs produced in five centers– Islamabad, Karachi, Lahore, Peshawar, and Quetta. Programming comes under the purview of the Ministry of Information and Broadcasting, and goals include providing wholesome entertainment, promoting national solidarity, and projecting an Islamic way of life. In November 1992, PTV began broadcasting on a second channel made possible by Japanese financing and technology. This channel is intended mainly for educational purposes. A commercial station was also established in the early 1990s and provides competition for PTV. In 1993 it was estimated that there were over 2 million television sets, and the number is expected to climb steeply in the 1990s. The main PTV channel is capable of reaching 87 percent of the population, while the second channel is accessible to 56 percent of the population. Now there are dozens of private channels, both based in Pakistan and Dubai providing 25 hours news and entertainment programme.

The country today has three submarine cables linking Karachi with Southeast Asia, Europe and North America named as SWM3, SMW4 and TWA, first two with the PTCL and the third with a private operator. The total Internet bandwidth to the country stands at around 18 gigabytes, growing at around 45% every year for the last three years. 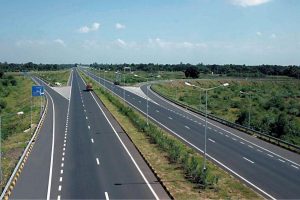 Road Network Of Pakistan
No matter how advanced the railways or air services are,…
You cannot print contents of this website.
Sign in / Join
Sign in